The passion in the street

An instant of the baroque stagings that are still maintained in Baena’s Holy Week.

The penitential parades that run through the streets of the town during Holy Week have a series of characters in charge of staging passages from the Old and New Testaments in a living catechesis known in Baena as “steps”, the same ones whose most peculiar are described under these lines.

Step of the Evangelists

After a characteristic trumpet blast, a Jew approaches from behind to discover what the evangelist writes suspiciously on a tablet. At one point, the Jew surprises the evangelist by giving the two a slight jump that is identified as “the dance”. This step is also popularly known as “scare” the evangelist and is executed in all the processions in which the Jewish mob participates.

Embrace of the Apostles

The person who embodies Saint Peter makes a gesture of embracing the image of Jesus, then transmits the hug to the next of the Apostles and so on until reaching Judas who, after a few moments of doubt, will end up rejecting him, fleeing nervously to take refuge in the mob of Jews already standing next to King Herod the rest of the route.

The sale of Jesus

Two Jews approach Judas Iscariot to convince him to betray Christ, offering him a series of coins that are placed in a tray on the ground. After refusing twice, he accepts the third time and after collecting the coins with satisfaction, he shows them to the crowd inside a leather bag.

It takes place in the processions on Wednesday, Thursday and Good Friday morning. Judas, before the Mob and with a lantern in his hand, will be accompanied by two Jews or by a sayón in the case of the Cola Blanca brotherhoods. In the staging, and following the Gospel narratives, he pretends to look for his Master and will do so up to three times, performing a peculiar little walk between the Mob and the Image of the titular Christ of each brotherhood. On the third occasion he will indicate with great nervousness that he has found him and at that moment the mob of Jews runs to arrest the Christ who will be snatched from his brothers in the midst of a great roar of drums.

The washing of the Apostles

The different brotherhoods of the Apostles participate in the staging of the washing of feet that Jesus performed for his disciples at the Last Supper. It takes place in the liturgical offices of the afternoon of Holy Thursday that take place in the parishes of San Bartolomé and Santa María la Mayor.

The Proclamation of the Walk

Although its original name would be that of sermón del Paso and has also been known as sermón del Paraíso, in Baena it is identified as Proclamation of the Paseo, alluding to the traditional name of the square where it takes place and to the fact that originally the only The character who spoke was the angel of Paradise who declaimed his interventions as a proclamation. It is a representation of several passages from Genesis, specifically the creation of the human race and the sacrifice of Isaac. With them, the correlation of the biblical stories is evident, since the first also narrates the original sin, with the second, God promises redemption to Abraham, and then the arrest of Jesus is represented, who with his definitive sacrifice makes the divine promise come true.

On the night of Good Friday and along the route of the procession of the Holy Burial, several executioners play dice for Jesus’ tunic.

Finally, other representations should also be mentioned, such as the offering of attributes and martyrdoms to Jesús Nazareno by the Corporation of the Prophets and the brotherhood of the Apostles; the sermon of the Passion and the sentence of Pilate, all this on the morning of Good Friday. The remembrance of the Three Falls of Christ on the way to Calvary, carried out by the brothers of Vera Cruz on the afternoon of Good Friday and the appearance of Christ to Mary Magdalene on the morning of Easter Sunday. 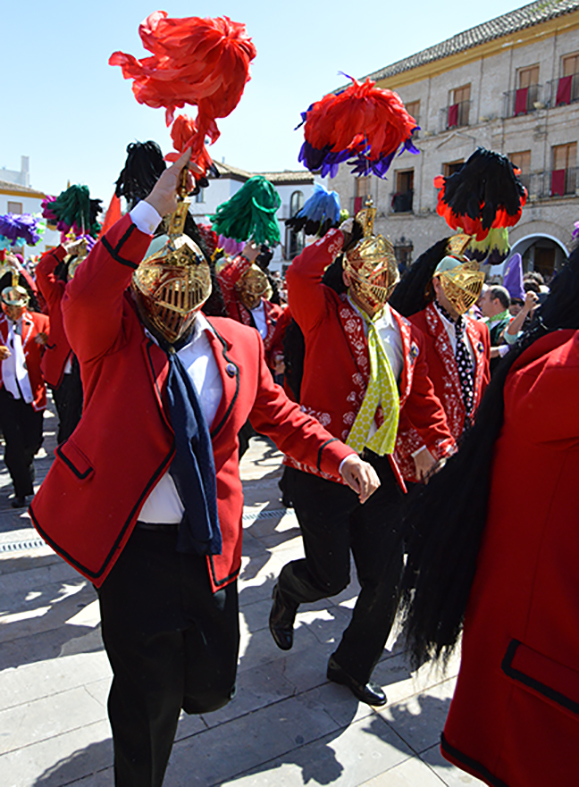 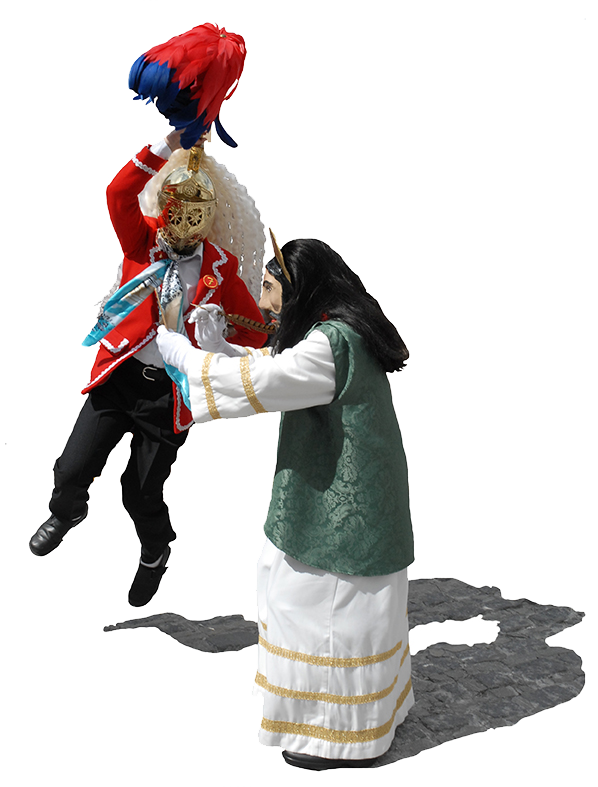