Protagonists of the Faith

Several members of the brotherhood of the Apostles embodying their respective characters on the morning of Good Friday.

The most characteristic representations of Holy Week in Baena

Testimonies that have lasted since the splendor stage of the Baroque brotherhood.

Apostles, prophets, virtues… Pilate, Judas, Herod… are just some of the characters that will parade in the processions of Baen, turning the streets of the town into a stage where some of the most significant chapters of the Old and New Testaments will be narrated.

A characteristic of Holy Week is that the celebration of the Passion, from its most popular perspective, is always done through external cults. Along with the parades through the streets, it is customary in Baena for the presence of certain biblical and allegorical figures (some of them even taken from the apocryphal gospels), as well as representations that narrate different passages of sacred history. The streets and squares of the town will be the protagonists during these days of the most sublime show inspired by popular religiosity that has been transmitted from generation to generation over time.

Documented as early as the 17th century, they had their greatest heyday in the Baroque processions. However, the influence of Enlightenment thought, which since the last decades of the 1700s had had a notable influence on the elites of society, would make the different prelates of the diocese try to strip the Holy Week processions of these figures and dramatizations that arrived to consider inappropriate and even grotesque. In this way, at the beginning of the 19th century, many of them would end up disappearing due to the prohibitions referred to as the cooling that occurred in the Holy Week celebrations. The resurgence of the Elizabethan stage, in the second half of the same century, recovered the biblical figures again in the processional parades, although it would not be until the 20th century when they reappear in a consolidated way. Evangelists, Virtues, Apostles and Prophets who together Pilate, Herod, the Wandering Jew, the Three Marias and the characters that participate in the representation of the Sermon of Genesis (Adam, Eve, the Angel the Paradise, Abraham and Isaac, popularly known as “costalico rosemary” because of the branches of this bush that they carry on their backs), will make up the large cast that walks the streets of the town each year in the different processions. 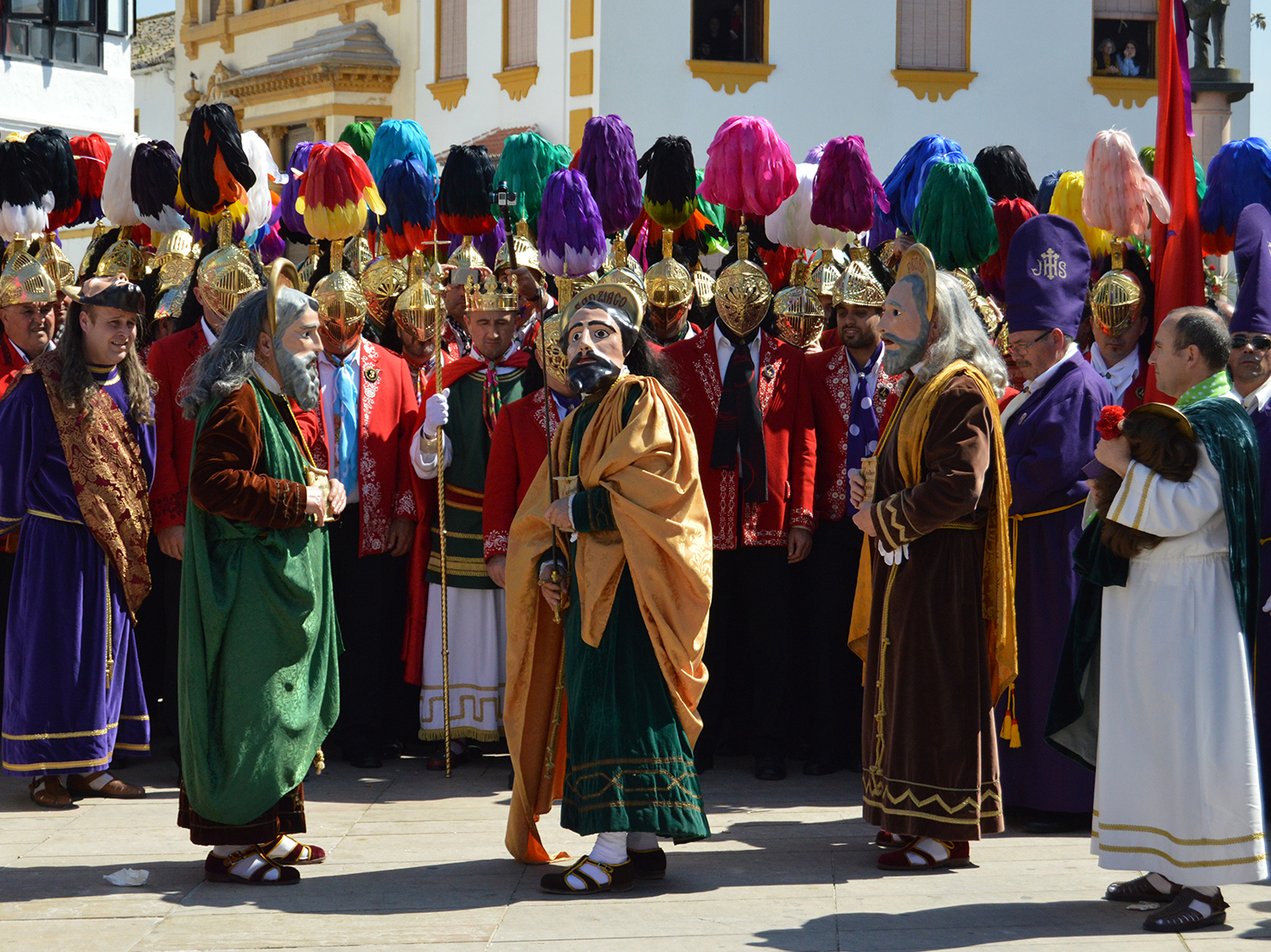 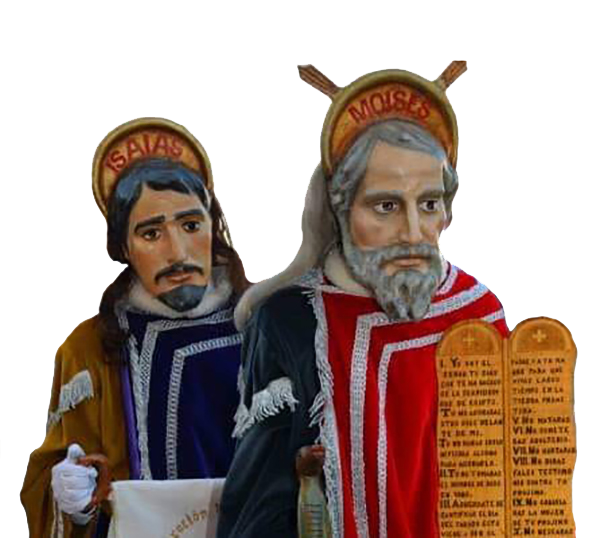