The art of exuberance

The artistic production of the 17th and 18th centuries

An important heritage as a symbol of social prestige.

The Baroque left numerous samples in Baena both in the civil and religious spheres, with those related to the brotherhoods occupying a prominent place.

Great altarpieces, cloistered patios, doorways carved in stone… a whole compendium that shows a stage of artistic splendor reflected in numerous monuments in the town. The Casa del Monte, with its central niche full of rockeries, the stately homes on Calle Mesones, the patios of the Jesús Nazareno hospital and the Colegio del Espíritu Santo, are some of the most outstanding examples. However, the brotherhood churches of San Francisco and Nuestra Señora de Guadalupe will be the ones that show the most representative set of this artistic movement.

The first of these was declared a National Monument in 1983 and its main altarpiece, the work of Jerónimo Sánchez de Rueda, is considered one of the greatest exponents of Andalusian Baroque. Very worthy of appreciation are its mural paintings and the important collection of imagery that relates it to the Granada and Sevillian schools of the 18th century and whose most representative examples are the carvings of Ecce Homo (popularly known as Jesus of the Window), Jesus of the Azotes and Jesús Nazareno. For its part, the former church of the disappeared Dominican convent also stands out for its splendid main altarpiece and the chapel of the Virgen del Rosario, where an exuberant sample of baroque plasterwork is a clear exponent of this art together with its own titular image or those of the brotherhood of Dulce Nombre, among them that of San Juan and Nuestra Señora de la Soledad, works by Pedro de Mena made at the beginning of the seventeenth century. 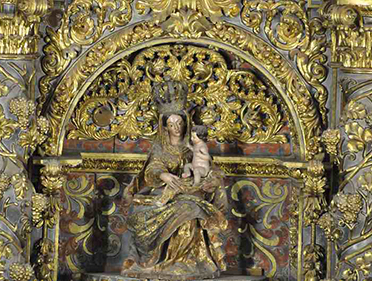 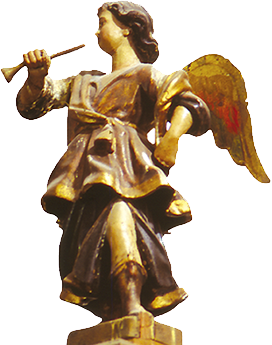